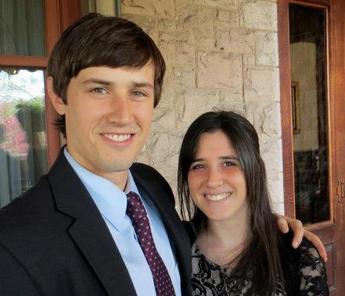 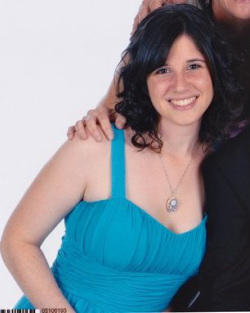 About Brooke
Brooke is a talkative, artistic, and passionate young woman, known perhaps most famously for her obsessions with Tolkien, all things Japan, and, of course, the very handsome and charming Jack Kelly. A lover of travel, Brooke grew up changing homes around the United States (living in 6 different states, moving a total of 7 times) until finally settling with her family in West Chester, PA, the year she began 5th grade. Her transitory childhood was only the beginning of Brooke's many voyages, however - she would soon find herself exploring England, France, and Israel in middle school and high school, and finally Japan in college. In fact, Brooke liked Japan so dang much the first time around, she decided to go back two more times! Brooke ended up studying at Nanzan University in Nagoya, Japan for a full semester her senior year of college (Fall 2010), and later returned to Japan for six months in 2012 (June-December) to study at the KCP International language school, as well as teach ESL, in Tokyo, Japan.

Brooke graduated from the Pennsylvania State University in May of 2011 with triple B.A. degrees in English, Comparative Literature, and Japanese, with honors in Comparative Literature (from the Penn State Schreyer Honors College). After working as a Japanese translator for a bit, Brooke became enthralled with the world of software development through an exciting, if unexpected, year-long opportunity working as a software tester at the company iPipeline. Brooke now works as a quality analyst for Delphic Digital, an innovative Digital Solutions company located in the Manayunk neighborhood of Philadelphia.

When not working, Brooke enjoys reading fantasy novels, playing video games, painting watercolors, and browsing the infamous "tumblr." Brooke fancies herself a casual ultimate frisbee player, as well as craft beer enthusiast. She currently lives in the Northern Liberties neighborhood of Philadelphia with Jack and their Entlebucher Mountain Dog, Kora. 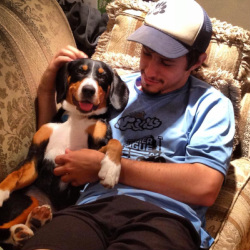 About Jack
Jack is a clever and charming 6th grade writing teacher at Camden's Promise Charter School in Camden, New Jersey. He is primarily known for his love of hockey, his widely expansive and unique hat collection, and his tireless dedication to Man's Greatest Invention (a.k.a pizza). Jack was born in West Chester, PA and grew up there, a childhood that solidified in his very blood a deep and profound loyalty to the four major Philadelphia sports teams. Jack grew up playing hockey himself, and eventually went on to win the high school state championship with the Henderson High School varsity hockey team.

Jack also attended Penn State, and graduated in May of 2011 with a B.A. degree in English, as well as an acceptance into the prestigious Teach for America program. During college, while Brooke was off visiting Japan, Jack played on and captained the men's ultimate frisbee A team, where he learned valuable leadership skills, traveled all over the U.S. for tournaments, and met many of his now-closest friends. After college, Jack continued to play frisbee for club teams such as the Heva Havas, various Penn State alumni teams, and PADA (Philadelphia Area Disc Alliance).  Jack has since graduated from the Teach for America program, and attained his certification as a teacher of secondary education. He has truly developed into a mature and inspiring role model for not just his students, but all those who know him.

In his spare time, Jack likes playing video games on the Xbox, partaking in all the sports mentioned above (mainly hockey and frisbee), and hanging out with friends. Jack currently lives in the Northern Liberties neighborhood of Philadelphia with Brooke and their Entlebucher Mountain Dog, Kora (pictured in Jack's photo).
Powered by